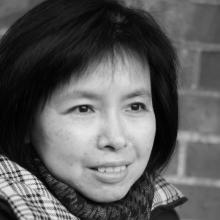 Ip has published articles on various topics, including the origins of Communism, Chinese perspectives on democracy, intellectual-peasant relationship, Communist political culture, gender and female appearance, etc. Her book, entitled Intellectuals in Revolutionary China 1921-1949: Leaders, Heroes and Sophisticates, was published in 2005. Currently, she is working on two book projects. Entitled Self and its Transcendence: Buddhism and Modern Chinese Subjectivity, the first project analyzes the lives and writings of a few prominent Buddhist historical agents in modern China. This book will argue for the relevance of Buddhism as a transcendental religion for modern individuals, whose lives, aspirations and values, as many experts see them, were highly secularized. Her second book project tackles a topic beyond the China field. Entitled Religion, Subjectivity and the Making of History: Buddhist Activism in a Comparative Perspective, it explores Buddhism, reinvented in Thailand, Vietnam and the “contact zone” between cultures, as a contemporary mode of activism challenging transnational capital.