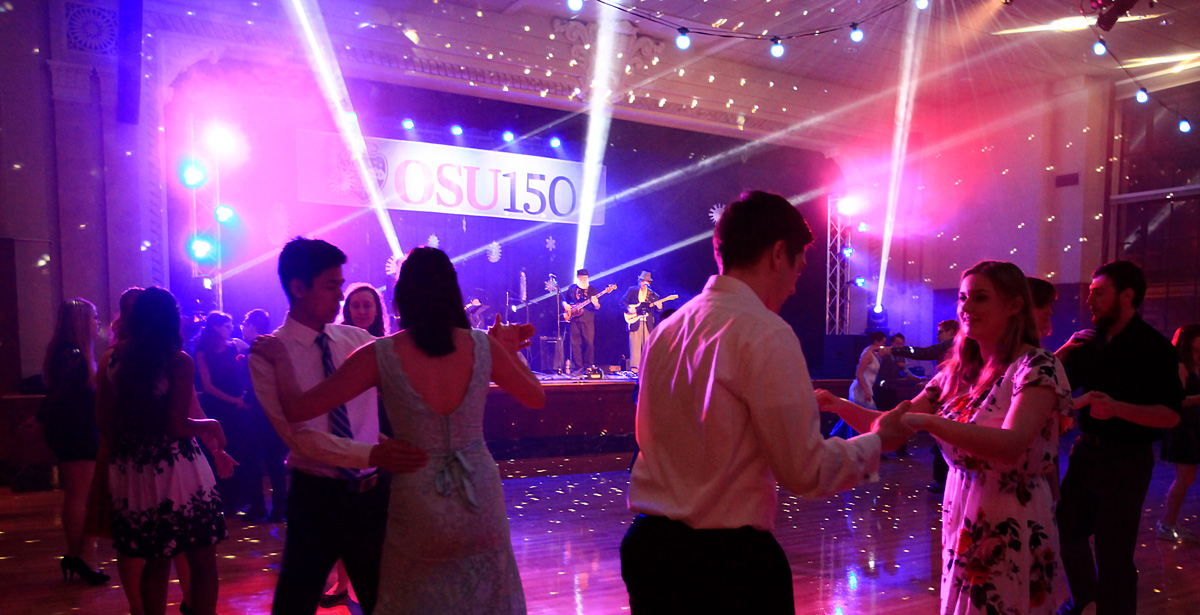 The idea to have a formal dance for students formulated during the brainstorming session. When the group of students first started discussing it, I knew I wanted to be a part of the planning process to see this idea into fruition and I immediately jumped on it, not knowing the amount of work and weeks of planning I was signing up for.

Initially, I was extremely excited to plan the event - I had a vision for the night, and a grand idea of how the night was going to play out. After learning about the event planning process on a university level, I began to see that there are many components and pieces you have to take into account. I have organized many events in the past, but the largest target audience I’ve had was 350; we set a goal of 1000 for the dance. I started to feel slightly worried and doubtful, wondering if I had the capability to actually take lead for this event. We sat down and set goals for the event - a component that I don’t typically put a lot of thought into. We set goals that were tangible, and made sure that they were not only simple objectives for the sake of having an event, but that they met larger organizational goals as well. Since this was part of the OSU150 celebration, we found ways to tie the anniversary celebration into the event.

The next thing I learned was the importance of having a good support system for planning such a large-scale event. We got a committee started, from having proper wording to ensuring that I had a plan set in place for volunteers when they signed up. I learned the importance of ensuring each committee member had value in being a part of the team. The initial response was rather encouraging; however, with school and other commitments, students eventually began to fall out of the planning process. Although I was discouraged, I learned that I was not the only one to face this situation. Taking from this experience, I learned that having more enticing incentives for students could probably help in such situations.

A few months into planning, Late Night Programs reached out and offered to partner up with us for this event. From this partnership, I learned the high importance of having good communication throughout the whole group. The partnership was a successful one, and I managed to learn more about large-scale event planning with different points of view.

On the actual day of the event, I was at the MU Ballroom from 10 in the morning helping with the set-up and decorations. I was told that as an event lead, you are typically the first person there and last person to leave, and on that day, I saw the reason why. By arriving early, I was able to make sure everything was set up on time and that the MU staff was on the same page as the rest of us. I was able to run through any last minute items with the team as well as get the rest of the venue prepared. Being the last person to leave, I was able to make see everyone out of the door safely and have a quick wrap up, as well as personally thank the MU team. That made me feel like I had wrapped up the event properly, rather than leaving it to someone else.

In conclusion, I managed to learn a lot about intentional and goal-oriented event planning from this whole event. I think the event was a success, with over 700 students coming together in celebration. We managed to relive a long-lost tradition, and incorporate both the 40’s and 50’s vibes with more modern features as well. I took away lots of learning points, not only on event planning and the importance of communication and having good support, but about myself as a person and my working style. As a student graduating this term, I could not have asked for a better event to lead. I will certainly remember this event after my time here at Oregon State.