We're pleased to introduce the inaugural cohort for the OSU Science Media Fellowship. Selected by a cross-discipline committee for their breadth of academic background, interest in film, science and storytelling and ability to tackle large projects, this year's group brings wealth of talent and experience to their projects.

Najma is an undergraduate in Bioresorce Research, graduating in 2020. From the state of Sabah Borneo in Malaysia, one of the most biodiverse countries in the world, she's always been drawn to filming and photographing the natural world and learning the science behind how it works. On campus she's worked in freshwater labs, studying the Pacific giant salamander and cutthroat trout and has also been involved in the Malaysian Student Assocation. Her goals include combining her interests in science and filmmaking. 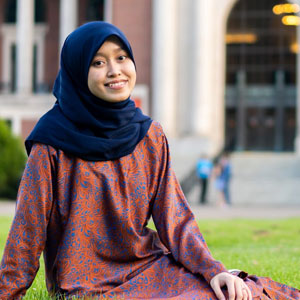 Courtney is a senior in Digital Communication Arts with a minor in Poltical Science. She's a fan of hiking and exploring the Pacific Northwest and on campus she works as a videographer for OSU's football team. She's passionate about journalism, law and videography and she hopes to be able to tell stories that combine all of these elements. Courtney will also be graduating in 2020.

Project: Coral Bleaching in the Island of Mo'orea 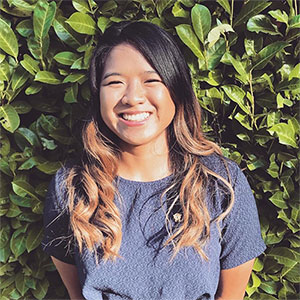 Emmanuel has wanted to write and direct films since he was three years old. A senior in New Media Communication with an emphasis in  media production, he's produced, directed, starred in and edited three short films in his time at OSU. He believes in the power of the moving image to transcend the human barriers of race, gender and class. 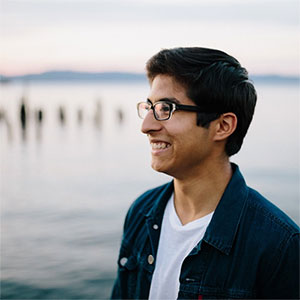