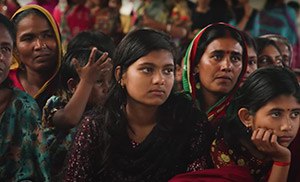 We produced a series of short films in collaboration with the Aquafish Innovation Lab at Oregon State, documenting the impacts of their USAID-funded work over more than two decades. This episode highlights the transformation in the Bangladeshi industry.

Song of the Salmon 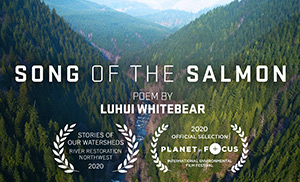 Working with researchers who use behavior ecology and genetics to figure out how and why salmon make mating choices, thus ensuring stronger and heartier wild stocks, plus a poet Luhui Whitebear, or producers helped create this tribute to an iconic Northwest species. Daniel Cespedes directed and Saskia Madlener produced this lyrical fusion of story and science, which screened at multiple film festivals.

From Corvallis to Hollywood 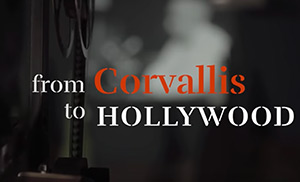 Oregon State has a long history of excellence in film studies, and there are a number of alumni who've entered the film and media industry from a range of degrees and backgrounds. But now a renewed focus on storytelling and media production from the College of Liberal Arts, the Orange Media Network and the students themselves, the next generation is ready to take the lead. 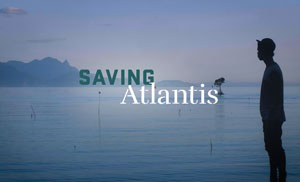 Saving Atlantis is a feature documentary film about the decline of coral reefs around the world. Begun as a broader impacts project as part of a research effort by OSU scientists, it transformed into the inaugural film in Oregon State Productions' feature film initiative, which emphasizes the power of film to communicate topics of scientific significance and global impact. 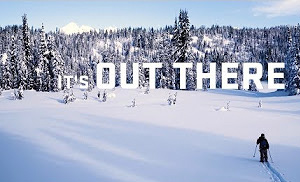 We produced the new branded university commercial to complement the new "Out There" brand campaign, launched in the spring of 2017. We scripted, wrote and shot the video using a mix of existing footage and several new, staged sequences in our attempt to show the possibilities that an Oregon State University education opens up for our students. 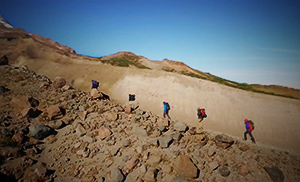 In collaboration with University Marketing, we scripted, shot, edited and produced the 2015-2016 OSU broadcast commercial. Featuring a marine theme that aligns with the university's overall Marine Studies Initiative, this commercial was filmed at 9 different locations across Oregon and featured dozens of OSU researchers and students. This commercial won top honors at the 2016 CASE Circle of Excellence. 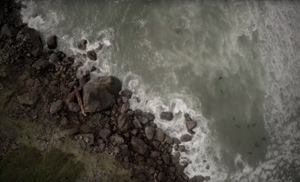 This short documentary follows the issue of ocean acidification, a growing concern on the Oregon Coast and beyond. A collaborative production intended to raise awareness and inspire action among legislatures, students, teachers and anyone with deep connections to marine environments, we covered a range of perspectives to learn what the community thinks and how they plan to react to this growing ecological challenge.

Atrias: The Next Step Forward 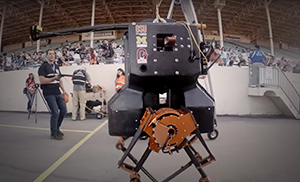 Oregon State is home to one of the nation's top robotics programs. This short documentary is the story of a team of students in faculty member Johnathan Hurst's lab who take their cutting edge robot, ATRIAS, to the most legendary exhibition of its kind.

Ruth Hamblin: The Mechanics of a Student Athlete 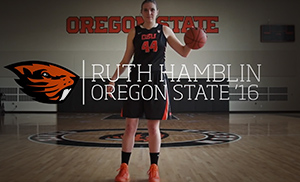 Ruth Hamblin was one of the most dominant players ever to wear a Beavers uniform. But she's also a standout in the classroom. With a formidable GPA and a degree in engineering, she's a complete student athlete. This video, produced for the PAC-12, shows how she puts both aspects of her life together.