Biomass crops are a potentially important source of raw material, which can be converted into sustainable fuels and bioproducts. Unfortunately, these crops are not yet grown to any great degree in the United States, and little is known about how they would respond to our climate and soil conditions.

Using information from Sun Grant field trials and an environmental model, we pitted nine candidate biomass crops against each other to see which might fare best, and where. 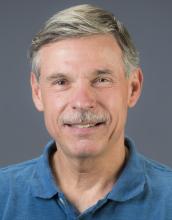 Chris Daly received the B.S. from the University of California (Atmospheric Sciences), the M.S. (Geography) at the University of Colorado, and the Ph.D. at Oregon State University (1994). A geospatial climatologist, he worked for Systems Applications International and for Oceanroutes, Inc., before joining Oregon State University, and is currently a professor in the School of Chemical, Biological, and Environmental Engineering.  He is the founder and director of the PRISM Climate Group, dedicated to producing the highest-quality spatial climate data sets and analyses worldwide. He is chief scientist of the Northwest Alliance for Computational Science and Engineering, a multi-disciplinary team specializing in web-based access, visualization and usability of models and data sets. 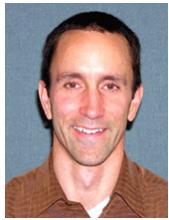 Mike Halbleib is GIS programmer and manager with the PRISM group at Oregon State University. He received a B.A. in Liberal Studies and a M.S. in Crop and Soil Science with minor in geography. He was employed by United Agra-Products in several capacities for ten years. He has worked with many of the crops in the Willamette Valley of Oregon, including tall fescue, orchardgrass, and ryegrass. He also has a commercial pilot's license and an ongoing interest in human factors in aviation, having completed two years of study in that field.