Science Pub Corvallis offers thought-provoking presentations along with good food and drink in an informal atmosphere. Interact with experts, ask silly questions and leave feeling more nourished and knowledgeable. No scientific background is required – just bring your curiosity, sense of humor and appetite!

For the 2020-2021 season Science Pubs will be presented in a virtual format.  Register to get login information, and enjoy food and drink from your own kitchen as you join viewers from across the state for these informative sessions. 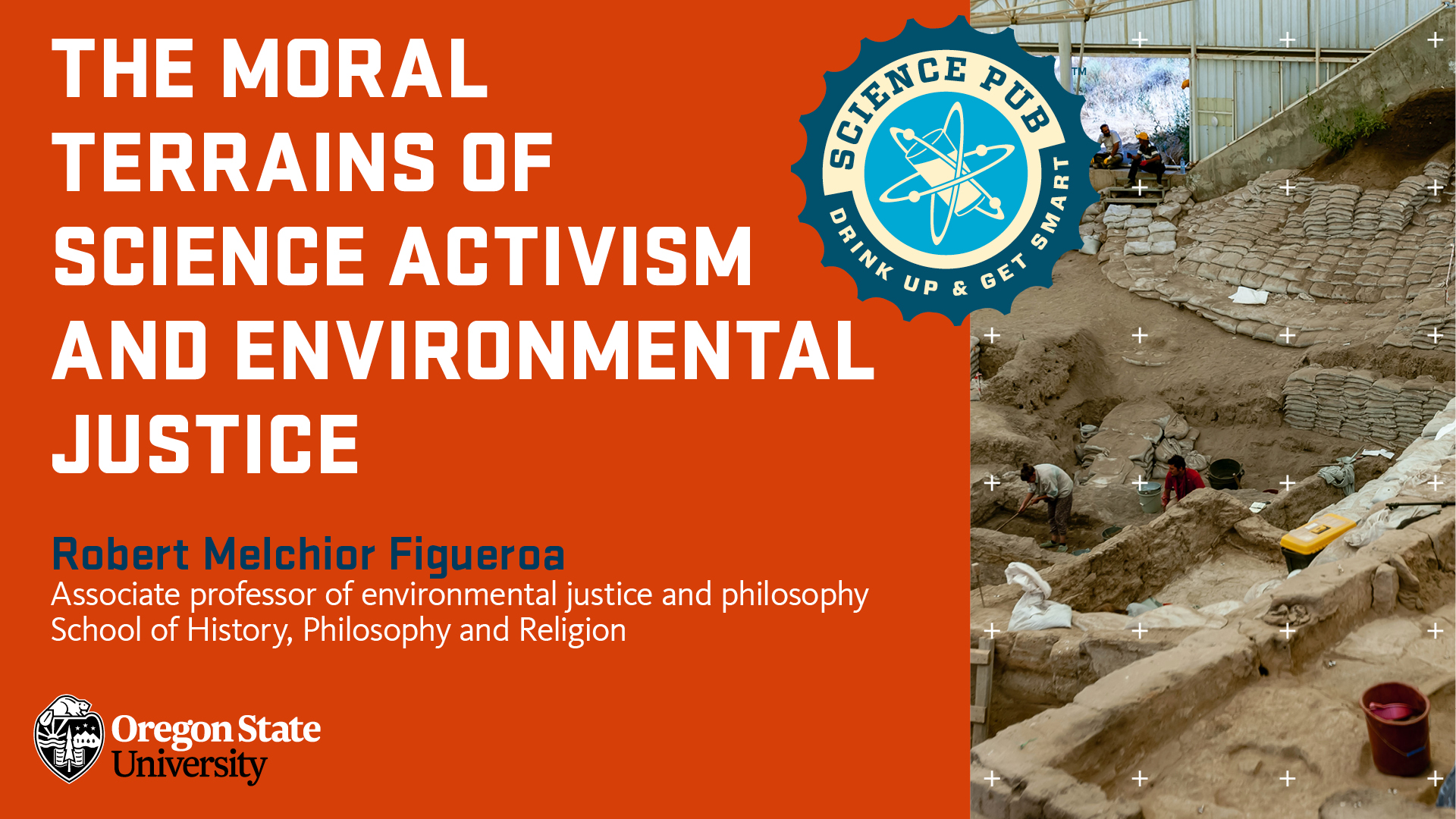 Science activism is initiated once conscious scientific reasoning is employed or avoided in environmental justice contexts or disputes. To say it more directly, there is no neutral science in EJS. Indeed, the very lack of scientific investigation in many EJ cases is indicative of non-neutral science, of scientific favoritism, and status quo narratives about science. As controversial as that claim may sound, it also invites STS to assist in understanding science activism narratives as scientific advance by way of resolving scientific prejudices.

Make sure to secure your tickets for Science Pub Corvallis. Please read the specifics below.

Held on the second Monday of the month, Science Pub is sponsored by the Oregon Museum of Science and Industry, the Downtown Corvallis Association, OSU-Cascades and Oregon State University.

Tell your friends and join us on Facebook to stay informed about upcoming guests. We hope to see you there! Or check out our podcast and catch the presentations online.

Podcasts of previous Corvallis Science Pub events on topics such as “Technology in the Fields” and “From Wolves to the Warning to Humanity: Facing the Environmental Crisis through Science” are available.

For accommodations for disabilities or questions, contact University Events at 541-737-4717 or events@oregonstate.edu.